Favorite character in a book (of any sex or gender) 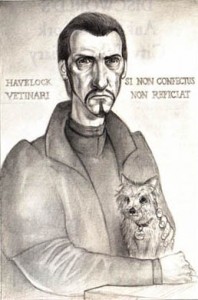 This one’s easy: Lord Havelock Vetinari, Patrician of Ankh-Morpork, from the Discworld books by Terry Pratchett. I’ve mentioned him in a previous post, but he bears mentioning again. As it says in Guards! Guards!:

You need a special kind of mind to rule a city like Ankh-Morpork, and Lord Vetinari had it.

But then, he was a special kind of person.

Lord Vetinari is a terribly practical sort of person. His interest is the continued smooth running of the city; everything is in service to that. He has essentially no life outside his work, has an incredibly austere lifestyle (which makes him impossible to blackmail), and has the knack of listening in a way that forces you to keep talking — especially if you’re about to say something incriminating.

Here’s an example of why I am such a fan of Lord Vetinari, also from Guards! Guards!:

One of the Patrician’s greatest contributions to the reliable operation of Ankh-Morpork had been, very early in his administration, the legalizing of the ancient Guild of Thieves. Crime was always with us, he reasoned, and therefore, if you were going to have crime, it at least should be organized crime.

And so the Guild had been encouraged to come out of the shadows and build a big Guildhouse, take their place at civic banquets, and set up their training college with day-release courses and City and Guilds certificates and everything. In exchange for the winding down of the Watch, they agreed, while trying to keep their faces straight, to keep crime levels to a level to be determined annually. That way, everyone could plan ahead, said Lord Vetinari, and part of the uncertainty had been removed from the chaos that is life.

And then, a little while later, the Patrician summoned the leading thieves again and said, oh, by the way, there was something else. What was it now? Oh, yes…

So did they, after a fashion.

He becomes increasingly awesome as the books go on,  and continues to impress me.