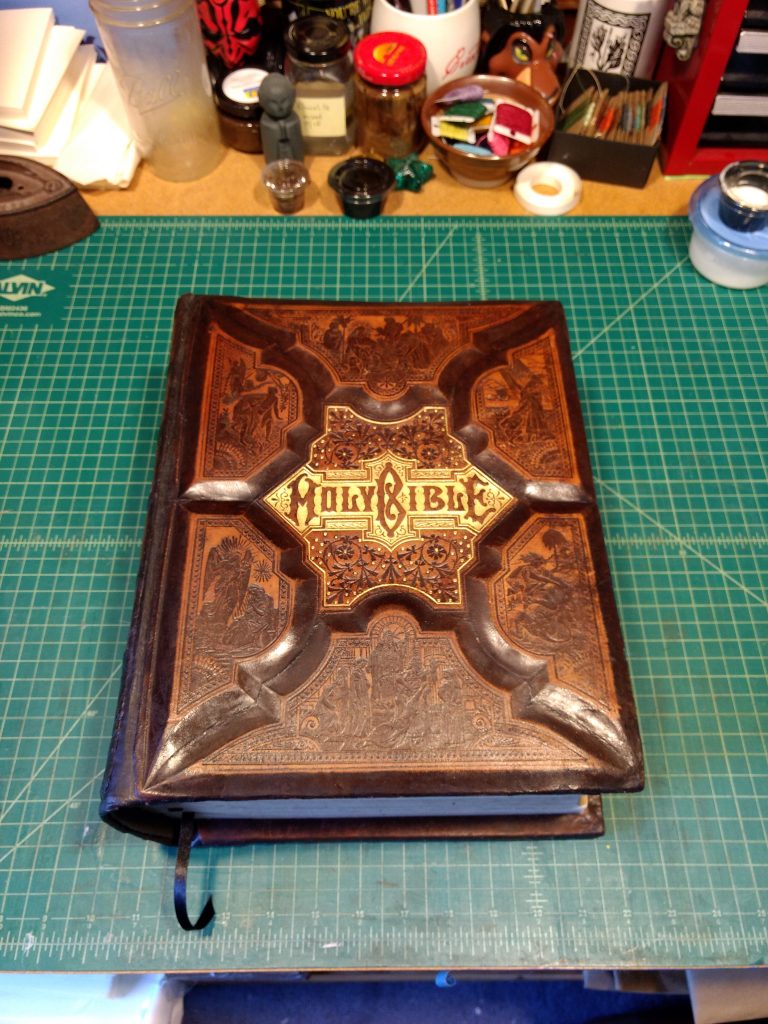 I’m a big fan of the scientific method, so when I heard that one way to save a book that’s been dropped in water was to toss it in a self-defrosting freezer, I had to check it out for myself.

The idea is that the water will freeze and the sublime (like evaporating, but from solid to vapor instead of liquid to vapor) the same way your ice cubes do if you don’t use ’em. The book gets left behind in almost good-as-new condition. Apparently libraries use it after flooding and whatnot. Pretty cool, eh? Apparently it takes several months, is the only tricky part.

The tricky bit, of course, is that this involves risking the wellbeing of a book. Getting a book wet is anathema to me, but this is for a greater good, right? Fortunately, I just tossed aside a book I couldn’t stand and was going to sell it or something. I decided rather than inflict it on someone else, I would use it for this experiment.

Before anyone gets up in arms, yes, I know there are people who love this book. I hated it. It happens. Especially when a book is froofy philosophy without any real logic or decent reasoning underlying it. GRAH! I love philosophy but only when it actually makes sense. Since the vast majority of philosophy is of the sort that makes me bang my head against the wall, I wisely majored in English instead of paying attention to my philosophy prof’s urgings.

Here are the before and after photos of the book. I got it wet by dunking it in a full sink of water on 4/23.

I’ll let you all know what happens!